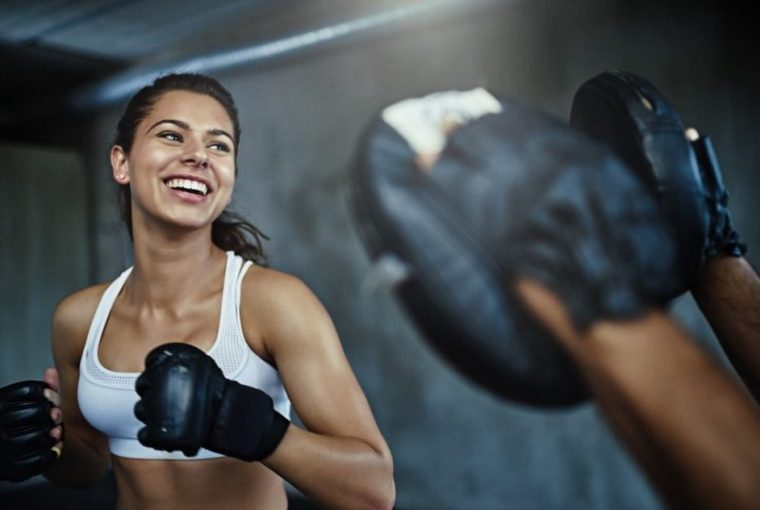 There’s something romantic about the perception of a boxing class: One envisions an early-30s Sylvester Stallone prancing through the streets of Philadelphia, sprinting up the steps of the Museum of Art to the triumphant Rocky soundtrack.

Real boxing is less Springsteen-esque; it’s as rewarding as it is painful. To learn how to throw the perfect punch, I wrapped my knuckles for a session with Brian Cook, a professional boxer of 15 years and current boxing coach at Columbia Training Academy in Columbia, Missouri.

Here’s what I learned in my first boxing class.

Three minutes is a long time.

Cook wasn’t going to throw me in the ring with the gym’s amateur world champion on my first day, but he had me do the same warm-up: three minutes of push-ups, three minutes of leg lifts, and three minutes of sit-ups. “Boxers train in three-minute increments,” he tells me. “Start out slow and learn to use your energy over the course of the round.”

I typically do push-ups in 20-rep sets, so just holding my body weight up for the three-minute round was straining. Cook instructed me to maintain a slow and steady pace with each exercise to avoid seizing up and stopping—that’ll get you pummeled in a real fight. I walked away more sore from one three-minute set than I had from any other chest workout.

Plyometrics are a legit exercise.

Okay, so maybe I was the only one who underestimated jumping in place, but as a runner, I’d topped out at 60- and 90-second sets. Not here. After the first warm-up, Cook had me jump rope for three rounds, with a 30-second break in between.

My calves knotted up after the first round and by the second round, they were on fire (I ran four miles that morning, which probably didn’t help). The hardest part about plyos, though, comes after you finish. We started hitting the “easy bag”—there was nothing easy about it—and learning the bouncy, balls-of-your-feet boxing footwork on tired legs added an unforeseen lower body element.

You don’t need heavy weights to get strong.

I asked Cook about how his amateur fighters train outside the ring. “Running, obviously,” he says. “And lots of high-intensity, low-weight exercises. Heavy weights and boxing don’t go well together.”

Cook says that lifting heavy tightens up skeletal muscle tissue and makes it harder to hit fast and maintain stamina. Of course, lifting “heavy” is relative to your ability. He’s not swearing off weight training or Olympic lifts. It’s just that his guys are doing up-tempo sets of 12 and 15 rather than muscle-building sets of six and eight.

Quality is more important than quantity.

Before meeting Cook, I’d been to a few cardio kickboxing classes—the ones where you just flail at the bag for 45 seconds and call it a workout. So naturally, that’s what I did when Cook had me practice combinations for 10 rounds. “Put some power on that jab!” he barked at me. “Your jab is your most important punch, it needs to hit hard.”

For the uninitiated, there are four basic punches: the jab, the cross, the hook, and the uppercut. You jab with your forward hand (the same side as your lead foot), and some fighters (me) have the tendency to hit softer with the jab than the cross; the cross channels energy from a pivoting torso, so that makes sense. There are no half-ass punches in boxing, though, so Cook had me slow down and really focus on landing hard jabs before picking up the tempo. My left arm became a lot sorer after I started jabbing with intent.

You don’t need an opponent to get your ass kicked.

Once I learned each punch individually, Cook stood behind the “easy bag” and called out combinations: jab-jab-cross, a.k.a. “1-1-2.” I bounced off my back leg and stepped into each jab with my front foot, then pivoted my rear foot while swinging my hips into the cross. Then Cook called “1-2-hook,” which meant jabbing, swinging my hips left for the cross, then swinging my whole torso right to land the hook.

The hardest combination was “1-2-uppercut,” which meant a slight single-leg squat on my front foot and some core action to get low and power up for the skyward punch. Meanwhile, the bag shakes and swings side-to-side, front and back between punches, forcing me to adjust my feet while thinking about the combinations. We did that for five rounds, with 30 seconds rest in between, for a workout as mental as it was physical. For an engaging, total-body workout, unlike any HIIT or weights session, find yourself a boxing coach and start punching. 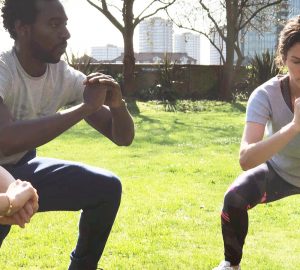 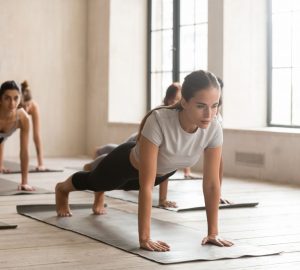 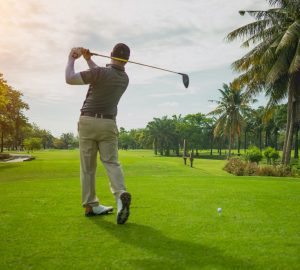