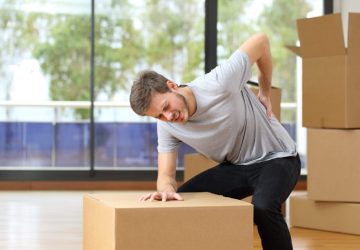 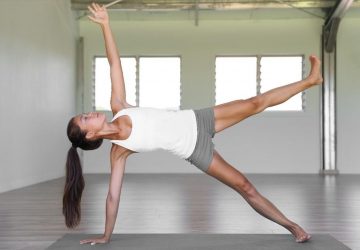 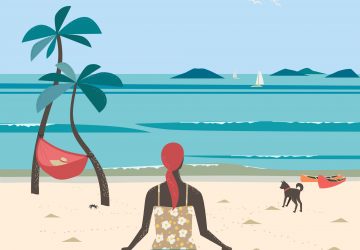 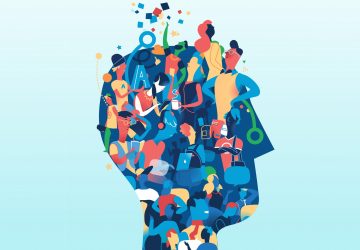 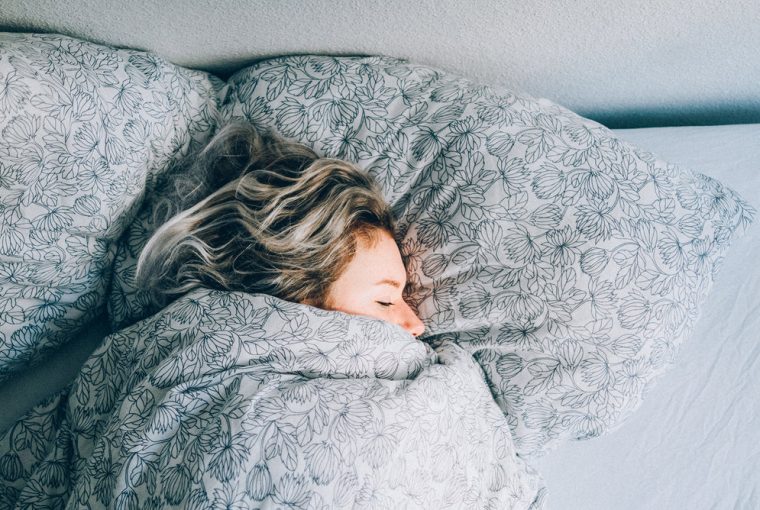 When ThunderShirts rolled onto the market, aimed at helping dogs with anxiety by providing the calming feeling of being swaddled, I couldn’t help but be intensely jealous. I’ve always been an anxious person, and was eventually diagnosed with generalized anxiety disorder, but human ThunderShirt-like products such as Tjacketdidn’t appeal to me. It wasn’t until a few months ago that I found my ideal solution: Weighted blankets. They’ve been getting more press lately, and there’s a reason for that — weighted blankets have tons of benefits that’ll make you want to try one asap.

I stumbled on a less convenient version of a weighted blanket years ago when I started sleeping with multiple blankets, sometimes four or five at a time. Their combined weight helps me stave off the nightly whirlwind of anxiety thoughts and insomnia, but being stuffed under multiple comforters isn’t exactly great when, like me, you’re the kind of person who has the fan on full blast in the middle of winter. Or, for normal people, when it’s the middle of summer.

That’s where weighted blankets really have a leg up. They’re heavy but not super hot, and while they can be a bit pricey, there are DIY options, and with either a store-bought or a DIY’d weighted blanket, you’ll get these rad benefits.

1. They Can Help Break An Anxiety-Insomnia Spiral

Weighted blankets work by pressing your body down, something that’s known as“earthing” or “grounding,” according to HealthLine. And this process can be hugely helpful, because “[s]tudies show that grounding may help reduce nighttime levels of cortisol,” HealthLine reported.

Cortisol is a stress hormone produced when your body is — you guessed it — under stress, and it’s part of your fight-or-flight response. But you don’t have to be in a life-or-death situation for your body to produce cortisol; you can produce it if you’re simply anxious or upset. That means if you’re caught in an insomnia-anxiety spiral, just thinking about going to bed may cause your cortisol to spike. But “[b]y providing deep pressure touch, weighted blankets can promote relaxation and help break this cycle,” HealthLine added.

2. They Can Calm Your Body Down

If, like me, you often settle down at night only to feel like your body and/or your brain is still buzzing, ready for action, then a weighted blanket may be a solution for you. They have been shown to reduce nervous system activity — and if that sounds scary to you, don’t worry. They don’t reduce activity dangerously, according to a study that evaluated the usefulness of weighted blankets for patients with anxiety. (However, you should be buying a blanket that weighs five to 10 percent of your body weight, according to some manufacturers, and you can also consult a medical professional to help you determine the correct weight for you.)

3. They Can Improve Your Sleep Quality

Everyone who’s struggled with insomnia, no matter the cause, can empathize with finally getting to sleep easily, only to wake up a couple of hours later. Or to wake a good eight hours later, but feeling totally drained and not rested. Well, a weighted blanket can help solve those issues, according to a study published in the Journal of Sleep Medicine and Disorders, where researchers found that with the use of a weighted blanket, “sleep bout time increased, as well as a decrease in movements of the participants.”

Participants in the study also “found it easier to settle down to sleep and had an improved sleep, where they felt more refreshed in the morning. Overall, we found that when the participants used the weighted blanket, they had a calmer night’s sleep.”

4. They’re For More Than Anxiety

While a lot of this list has focused on reducing anxiety and dealing with insomnia, weighted blankets are used by people to help them cope with the effects of other disorders, including obsessive-compulsive disorder, post-traumatic stress disorder, and bipolar disorder, according to PTSD Journal. Many of these disorders are related to or can cause a lowering of serotonin levels in the body, and the deep touch provided by weighted blankets can help boost those levels back up, reported Harkla.

5. They Can Improve Focus

Speaking of focus… Weighted blankets are, of course, usually put on beds, so a lot of the talk around them is about better sleep and relaxing at night. But some studies have put weighted implements to work during the day. One took students with “documented attention difficulties and hyperactivity” and timed them to measure their on-task behavior. While they were wearing a weighted vest, which provides the same effects as a weighted blanket, the kids’ ability to stay on task increased by 18 to 25 percent.

A second study corroborated these results; its participants showed “significant improvement of in-seat behavior” as well as improvement in task completion speed and attention to task while they were wearing weighted vests. Both these studies show that folks, particularly people with attention difficulties like ADD and ADHD, can improve their focus by using a weighted tool like a vest or a blanket.

This last point requires a bit of clarification. Medication is a thoroughly valuable, legitimate method of treating disorders that needs to be destigmatized, and if you are struggling with mental illness, you should discuss a treatment plan with your doctor. However, for many reasons, sometimes people aren’t able or do not want to take psychiatric medications, and in that case, weighted blankets can be a viable path to help mitigate some symptoms. If you’re not able to take medication, speak to your doctor and see if a weighted blanket may be able to work as part of your treatment plan.

If you shop around for weighted blankets, you’ll notice they can be a little heavy on the wallet, too; they usually cost between $100 and $200. It is totally possible to DIY your own weighted blanket by using things like weighted pellets and denim as fillers, but keep in mind that you need to pay close attention to how much your blanket weighs for it to be effective. Whether you purchase or DIY, a weighted blanket is definitely something to consider when you’re mapping out your self-care routine.

Small Space, No Problem With This Yoga Mat Workout

Improve Your Flexibility With These Yoga Poses 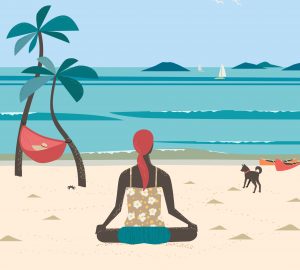 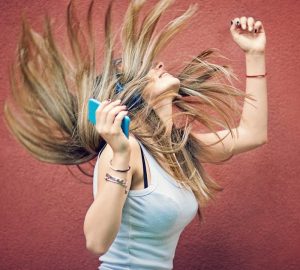